Nafplio (Modern Greek: Ναύπλιο) is a seaport town in the Peloponnese in Greece that has expanded up the hillsides near the north end of the Argolic Gulf. The town was an important seaport held under a succession of royal houses in the Middle Ages as part of the lordship of Argos and Nauplia, held initially by the de la Roche following the Fourth Crusade before coming under the Republic of Venice and, lastly, the Ottoman Empire. The town was the capital of the First Hellenic Republic and of the Kingdom of Greece, from the start of the Greek Revolution in 1821 until 1834. Nafplio is now the capital of the regional unit of Argolis.

The name of the town changed several times over the centuries. The modern Greek name of the town is Nafplio (Ναύπλιο).In modern English, the most frequently used forms are Nauplia and Navplion.
During the Classical Antiquity, it was known as Nauplia (Ναυπλία) in Attic Greekand Naupliē (Ναυπλίη) in Ionian Greek.[4] In Latin, it was called Nauplia.
During the Middle Ages, several variants were used in Byzantine Greek, including Náfplion (Ναύπλιον), Anáplion (Ἀνάπλιον), and Anáplia (Ἀνάπλια).
During the Late Middle Ages and early modern period, under Venetian domination, the town was known in Italian as Napoli di Romania, after the medieval usage of “Romania” to refer to the lands of the Byzantine Empire, and to distinguish it from Napoli (Naples) in Italy.
Also during the early modern period, but this time under Ottoman rule, the Turkish name of the town was Mora Yenişehir, after Morea, a medieval name for the Peloponnese, and “yeni şehir,” the Turkish term for “new city” (apparently a translation from the Greek Νεάπολη, Italian Napoli). The Ottomans also called it Anabolı.
In the 19th century and early 20th century, the town was called indiscriminately Náfplion (Ναύπλιον) and Nafplio (Ναύπλιο) in modern Greek. Both forms were used in official documents and travel guides. This explains why the old form Náfplion (sometimes transliterated to Navplion) still occasionally survives up to this day. 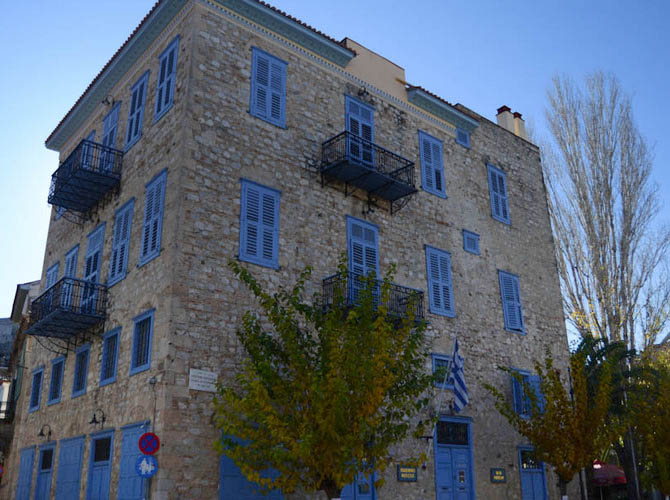 This is the annex of the War Museum of Athens and has been operating since 1988, in this impressive building that once was the first War Academy of Greece build by Ioannis Kapodistrias. 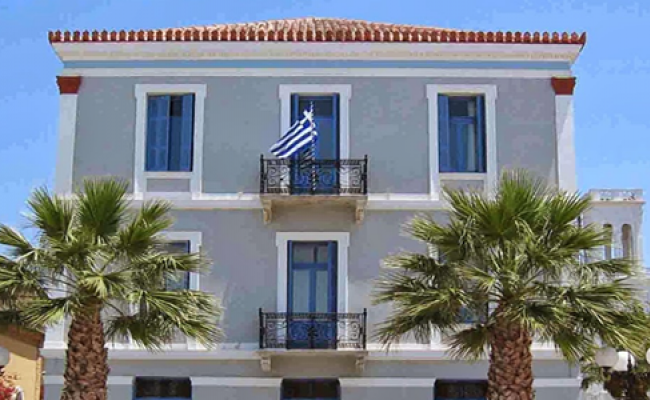 Harvard University’s Center for Hellenic Studies in Greece (CHS GR) is a unique international center that unites the humanistic pursuits of the CHS in Washingtonwith the homeland of Hellenism.

The Nafplio Center has been equipped and uses cutting-edge technology to bring the academic resources of Harvard to Greece, and to foster collaboration between scholars of different nations to promote a greater understanding of Hellenic civilization.

The Center’s main mission is to support and promote the Hellenic civilization, and to bring together scholars studying these subjects, while it functions as a base of operations for scholars, students and researchers from Harvard as well as other academic institutions from the U.S., Greece, and elsewhere. 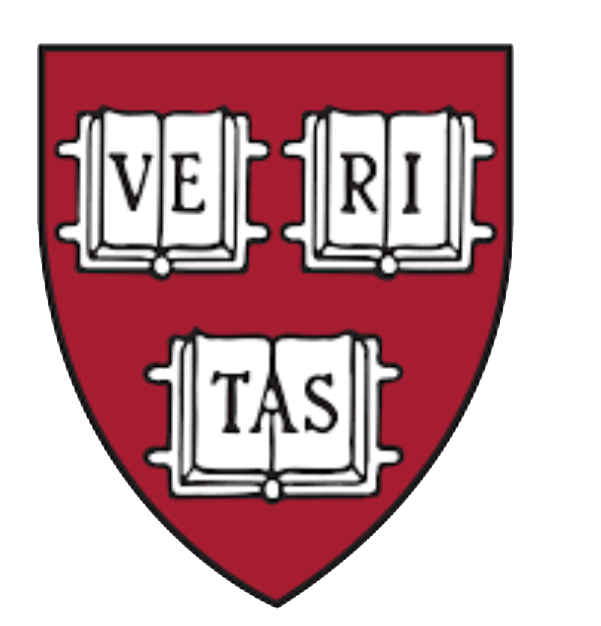 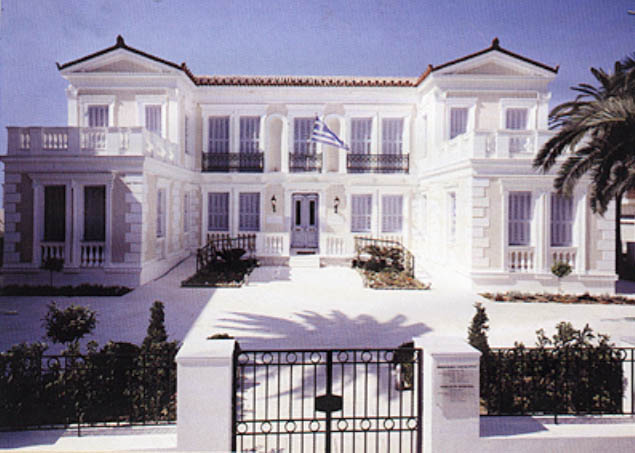 Inaugurated on May 5, 2004, the Nafplion Annex is housed in a wonderful neoclassical building, ceded to the National Gallery by the Municipality of Nafplion through the mediation of the Chairman of the Board of the National Gallery, Honorary Chairman of the Hellenic Supreme Court of Audit and distinguished citizen of Nafplion, Mr. Apostolos Botsos. The previously dilapidated building was renovated and equipped at the expense of the Alexander S. Onassis Public Benefit Foundation. It houses historical paintings from the National Gallery collections, related to the Greek War of Independence (1821-1829), thus pointing to the city of Nafplion as the first capital of Greece. The annex also comprises a temporary exhibition gallery. Educational programmes for local schools are also available at the Nafplion annex. 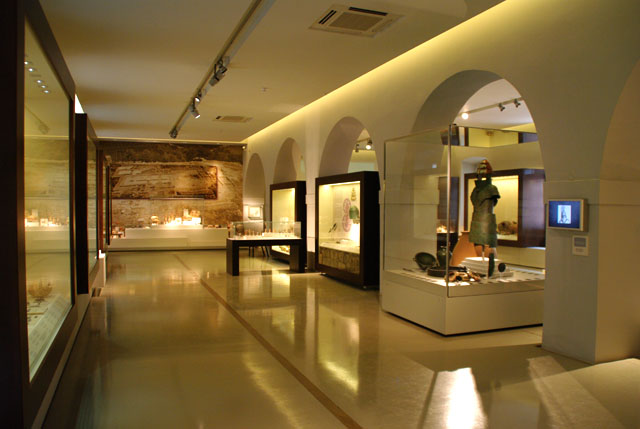 The Archaeological Museum is accommodated in the imposing in size as well as strict in symmetry, stone-built Venetian structure which covers and encases the central, Syntagma Square on its west side. It was first built in 1713, during the second reign of the Venetians, under the Naval Proveditore Augustine Sagredo to be used as the navy’s depository, according to the marble inscription fitted on the building’s frontage, written in Latin. It is widely acknowledged as one of the best well-preserved Venetian structures in the whole of Greece. 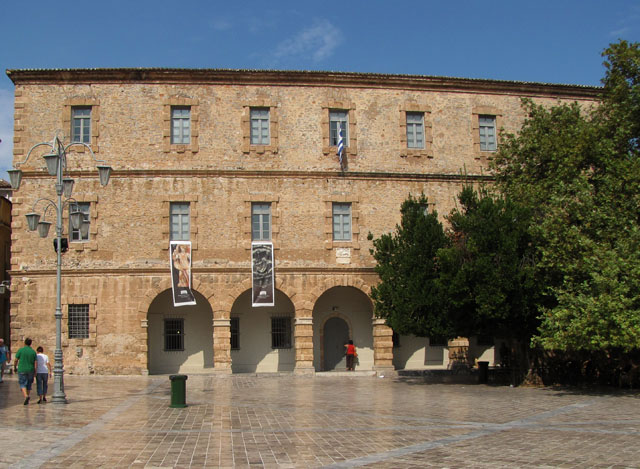